Martin Allen, managing director of Airsprung Group’s headboard division, is set to retire at the end of March. Martin joined Swanglen as operations director 23 years ago and in that time has been responsible for the complete overhaul and modernisation of the business. The key improvements are the introduction of new technology, working methods and quality procedures. The thing that Martin is most proud of, however, is the Swanglen team, as he explains. “I have been asked what I would miss most and the answer is simple; it’s the people. Both the fantastic team we have built here and the wonderful customers I have worked with over 25 years.”

National sales manager, Nick Gigg, will be responsible for customer accounts and sales from next month. “Nick has already built a great rapport with our customer base and I am delighted they will be in such good hands.” Martin said. He’s also confident about the future for Swanglen, adding “We have an exciting pipeline of products which the team will be launching over the next 12 months and I shall be watching their progress with great interest.”

Tony Lisanti, CEO of Airsprung Group said “I would like to thank Martin for his hard work and dedication to Swanglen and wish him all the very best in the future. Although, knowing Martin’s passion for renovating and riding motorcycles, I think it’s going to be far from a sedate retirement.” 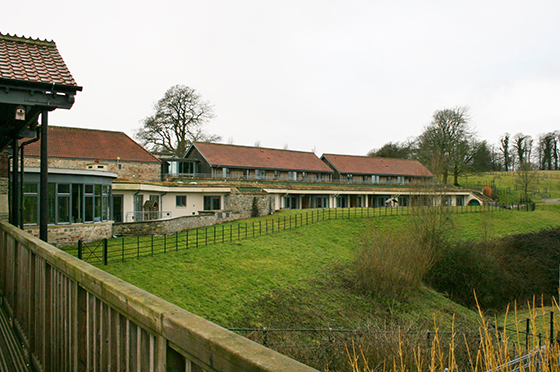 Airsprung employees raise funds in a collection for Charlton Farm, a children’s hospice based in Wraxall, North Somerset.

When Kevin Hatter, a divan operator at Airsprung Beds became aware of the work of Children’s Hospice South West and the fact that they are nearly entirely dependent on donations, he decided to do something to help. Mr Hatter mentioned it to colleagues at Airsprung Group in Trowbridge and suggested a collection. The donations snowballed and before long, nearly £500 had been raised. The team contacted Charlton Farm, the children’s hospice based in Wraxall, North Somerset, and suggested they provide a shopping list which they were only too happy to do.

Tamara Downes and Debbie ColemanDuring one of the charity’s monthly open days, Debbie Coleman, Group HR Manager at Airsprung handed over bags of toys, bedding and crockery to Tamara Downes, Community Fundraiser at Children’s Hospice South West. The handover followed a tour of the facilities given by Colin Eastbrook, one of the charity’s many volunteers. Debbie explained, “Colin was clearly passionate about the work of the Hospice, having been involved right from the start. When you see the environment they have built here you cannot help but be impressed. It really is a home from home and just feels so welcoming; nothing is too much trouble.”

The charity was established 25 years ago by Eddie and Jill Farwell and opened the first of three hospices five years later, the hospice at Charlton Farm was opened in 2007 by HRH The Countess of Wessex. All three hospices are predominantly funded through donations and fund raising events. Tamara said “We are very grateful to Kevin and the team at Airsprung. Every amount, small or large is always welcome and everything raised goes to making a difference to life-limited children and their families.”

To find out more about this vital work, visit www.chsw.org.uk and click on ‘Support Us’ to see how you can help.